As a man thinketh in his heart... 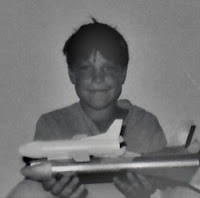 Growing up chunky
I grew up somewhat chubby. I was never much interested in athletics or fitness. As a result I was relentlessly teased by peers and loved ones. Mind you, I wasn't obese, just a bit overweight and not very confident. Every day my family members and friends sent me countless overt and subvert messages impugning my corpulence. Even attempts to be nice about the matter often came across as back-handed compliments.

Incessant messages implying my inferiority due to being somewhat overweight deeply impacted my psyche. I subconsciously assumed that others would like me better, and that I would like myself better, if only I were skinnier. This is a faulty basis for self esteem. Those who love you love you. If they would love a trimmer you better, maybe their brand of love is just a shallow imitation of the real thing.

Besides, studies show that fat shaming succeeds in making people feel bad but fails at improving their physical health. In fact, it reinforces the self image of being overweight which results in increased obesity. So fat shaming literally works to harm both the mental and physical health of the victim. What really works is addressing each individual's psychological needs.

My first serious weight loss regimen occurred when I was 16 years old, the summer I spent planting pineapples in Hawaii. Thanks to the careful coaching of my crew supervisor, Trace Sweeten, and day after day of hard manual labor, I slimmed down five inches around the waist that summer. I came home tan and trim with a mop of sun-bleached hair.

It didn't last. My next weight loss effort came during my mission to Norway. This was successful thanks to regular encouragement from Elder Jerry Humphreys and Elder Todd Hatch. My next weight loss program began about three years after I returned from my mission when some ladies in my local congregation started an aerobics class. This worked to maintain fitness but it didn't cut much fat.

Getting heavy
After getting married my weight grew steadily along with my waistline. One Christmas my parents took me to a men's clothing store to buy me a new suit coat, given that none of my suits fit any longer. When the clothier measured me he said that I would need a size 51 jacket. The jackets hanging in my closet back home were size 41.

I stood in the clothing store thinking about my expanding corpus. The problem was that my girth gain trajectory wasn't slowing down. If I got a size 51 jacket, how long would it be before that coat no longer fit? Something had to change to improve the situation. I worried that if this continued I'd ruin my health and be dead by age 35.

Not long after that I was watching an infomercial on TV late on a Saturday morning. (Yeah, that's pathetic.) They were hawking a weight loss program billed as The Neuropsychology of Weight Control. It had a 60-day money back guarantee. So for the first — and last — time in my life I bought something from an infomercial.

Changing my mind → changing my body
I dove into the program full bore. Within 60 days I had lost more than 20 lbs., so I wasn't going to send it back. Within a year I had lost a total of about 60 lbs. One of the features of this program was self imaging to change one's self perception. It taught that becoming permanently trim in body required that you first had to trim that body in your mind. 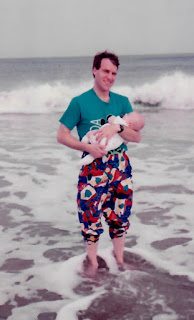 This worked for me. It required fanatical devotion to the program, but it worked. Eventually I was able to fit into my old suits and the same clothing I had worn at age 21. With a lot of effort over the years, I dropped another 10 lbs. Then my clothes were too large. But I didn't get new trim fitting clothes because I guess I still envisioned myself just a bit overweight, as I had been through most of my formative years.

One day last year, my wife and I were wandering around downtown Salt Lake City with my brother and sister-in-law looking for something to do between my nephew's wedding and the wedding luncheon. My brother suggested that we drop into a clothing shop that had a track record of selling nice stuff that was likely out of my price range.

We were just looking for a diversion. But soon one of the salesmen had me trying on the nicest fitting, best feeling dress shirt I have ever encountered. It was $260—for one shirt! He had me trying on a suit jacket that fit and felt amazing, promising that he could get me into a suit for "just $1,200." He noted that everything I was trying on was "slim fit," made for trim guys. Noting my physique, the man asked, "Why are you wearing full cut clothing?"

Although we left the shop without buying anything, the experience left me with a new perception of my body shape. I had been a slim fit guy for years; I just hadn't known it in my head. My wife and I have been retooling my wardrobe since then. It turns out that decent slim fit clothing can be had at frugal prices. Maybe these duds aren't as nice as the $260 dress shirt I tried on, but they're good enough at a fraction of the price.

To be honest, I'm still fighting the battle against fat gain after all of these years. It requires continuous effort. I frequently deny myself fare that tempts me and I work out daily, even when I don't feel like it. But that effort has become part of who I am. It's what I do because that's how I see myself in my mind.

Affirming mind change
Dilbert creator Scott Adams has written about affirmations in several of his books and in blog posts like this one. Although he doesn't believe in magic, Adams writes, "The idea behind affirmations is that you simply write down your goals 15 times a day and somehow, as if by magic, coincidences start to build until you achieve your objective against all odds." He offers several rational potential explanations for how affirmations might work.

In other places Adams has said that writing the affirmation isn't completely necessary. It can be verbal or even nonverbal. I have tried written, verbal, and nonverbal affirmations. Like Adams, I have for the most part realized the goals I have repeatedly affirmed to myself. This approach has failed when I have not been fully committed to the goal for one reason or another. One of my affirmations has been, "I will be vibrant, trim, and athletic." And now I am.

Adams seems to be more a fan of goal oriented affirmations than of simple positive affirmations, such as, "I am amazing!" I too have found that affirmations that are specific and measurable work better for me than ethereal concepts. How do you know when you have achieved amazing? Here is an example how affirmations have worked for me.

Healing my elbow
Several years ago I injured my right elbow. I never knew how it happened; it just started hurting one day. Nothing I did seemed to help. I even went to a sports medicine doctor without getting much help. After more than a year of pain I started repeating to myself multiple times daily, "My elbow will be healthy, strong, and pain free." I scoured the internet for help and found lots of conflicting advice, even among professionals. 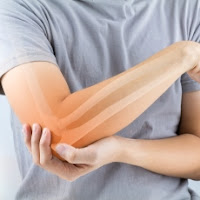 A few weeks into my elbow affirmation, my wife briefly described my symptoms to a physical therapist while visiting him for a different issue. He sent home a sheet with simple instructions for a couple of exercises I could do. The therapist also told my wife that I needed to avoid picking up anything with my palm facing down until the symptoms cleared up. This included doing anything that mimicked lifting palm down, including cycling. This turned out to be a critical factor for me.

After implementing the physical therapist's counsel, it still took months for the elbow to heal well, and even longer for it to reach 100%. But after just a couple of weeks I started to see real improvement in my elbow for the first time in more than a year.

How closely was this related to my affirmation? No clue. But I choose to believe that it played an important role. Perhaps my repeated affirmation caused my brain to notice things, accept information, or create conditions in ways that otherwise would not have occurred.

Change yourself by changing your mind
What am I trying to say here?

Results
As mentioned earlier, I feel pretty good about my current physique. It is actually quite difficult to even picture myself as the heavy guy I once was. That person is just too far away from the me I see in my head. But it took years of real effort to adjust that picture. As mentioned above, some of that picture wasn't adjusted until after my body had already changed.

Today I am enjoying slim fit clothes that fit me better than the clothes I was wearing just a few months ago. This is possible because I have finally adjusted the picture in my head accordingly. I feel pretty great for an old guy with Multiple Sclerosis who used to be quite overweight. And it all started with changing my mind.

To me this is all a great miracle in which I see the hand of God. I feel immensely blessed, even while grappling with a variety of challenges that I am sure will ultimately be for the best.

Want to change something about yourself? Change the picture of yourself in your head. There are ways to do that. The rest will follow. Give it a shot. What have you got to lose?
Posted by Scott Hinrichs at 3/14/2019 09:46:00 PM