Can the Order of the Arrow be rescued from impending obsolescence? 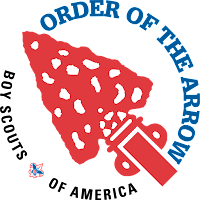 I recently sat among a roomful of Order of the Arrow advisers enduring yet another episode of hand wringing and calls to action. It was rather depressing to look around the room at a dozen and a half aging folks droning on and on essentially about how to recapture the glory days of the Boy Scouts and the OA. This kind of thing has become increasingly common in my area in recent years.

My love of and appreciation for the Scouting program and the Order of the Arrow run deep. These organizations took me as an insecure, dumpy kid and gave me a place to belong, a framework for development, and a way to become a confident leader. I have seen these programs benefit many boys over the years, including my own four sons.

Values on the move
But American culture has shifted significantly during my half-century of involvement with the BSA. The civic ideals of stoicism, patriotism, and conformity to societal norms that were strong during the post-WWII era have given way to the values of authenticity, social responsibility, diversity, and inclusion. It's not that the former ideals no longer exist or that the latter ideals weren't found five decades ago, or that one set is superior to the other; there has just been an undeniable shift in focus over time.

Organizations that were designed to mesh well with the mid-20th Century value focus have either changed or have become increasingly irrelevant. The decline of civic and service oriented organizations over my lifetime is well documented. Looking back at my recent OA adviser meeting, I realize that it's no coincidence that everyone in the room represented the old focus as opposed to the new.

Increased valuation of diversity and inclusion fosters stronger cultural awareness. This is welcome but it presents a particular problem for the Order of the Arrow. A decreasing percentage of Americans think it's cool for non-Natives to dress as Natives and to use Native elements to add an air of mystique to their club. While this feature of the OA might have been more attractive at one time, it likely repels more people than it attracts nowadays.

When it comes to inclusion, it's hard to get past the fact that the OA is by definition an exclusive society. Is it possible to be both exclusive and inclusive at the same time? It may be possible to develop an organization that requires high standards while including people from diverse walks of life, but it's not easy. Challenges can be seen in factors as simple as camping, which I will explore later.

More to do than ever
Over my lifetime there has been an explosion of options vying for kids' time and attention. There were essentially three little league sports back in my day: baseball in the spring and summer, football in the fall, and basketball in the winter. I recall one kid in junior high who was enrolled in martial arts. That seemed incredibly exotic back then.

Families today have option overload when it comes to athletic programs for kids. Many of those programs run year round. Martial arts programs are ubiquitous. Many kids that enroll in sports today are pressured to achieve excellence, focusing so intently on a single niche that some facets of normal childhood get crowded out. This same pattern shows itself in other offerings as well, including academics, arts, gaming, leisure, etc. 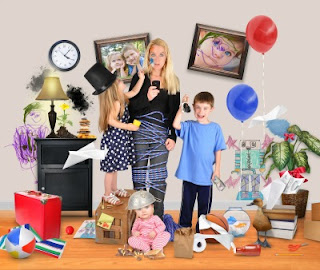 Many adults think that today's typical kid is a video game addict. Some are. But researchers tend to agree that today's kids have far less unstructured time than their parents did. In an attempt to be responsible, parents often overload their kids with good activities. Reduced unstructured time lends to higher levels of anxiety and other mental health issues among youth and weakens the development of creativity and self-sufficiency.

It isn't just the kids who are busy. Both parents in most two-parent families work outside the home and there are more single parents raising families than ever before, so families have less unstructured time and less together time than used to be the case. Thus, families tend to prize their time more than the benefits that might be offered by the dizzying array of options vying for their time, no matter how good these might seem. 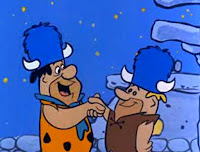 The ways people connect and socially advance have changed since I was a kid. Mimicking the reality of the day, characters from the 1960s cartoon The Flintstones went to the Water Buffalo Lodge and the bowling alley to network and connect. Technology has radically altered this paradigm. People still long to connect with others, but the need to be in close physical proximity to others for this purpose has greatly diminished. Many get by just fine rarely talking with others on the phone. Texting and instant messaging is preferred. Direct connection is still needed, but not nearly as much as once was the case.

Happy camping
Since its beginning the Order of the Arrow has been an association of honor campers. Qualification for OA nomination includes having spent 15 nights doing outdoor Scout camping over the previous 24 months. Camping is quite popular among Americans. Well, among white, relatively affluent Americans. Of the 37 million American families that went camping last year, 4 of every 5 of them were white, despite the general trend toward racial diversity. Some researchers suggest that this issue could be more based in economics and finances than in race. It turns out that camping isn't cheap. 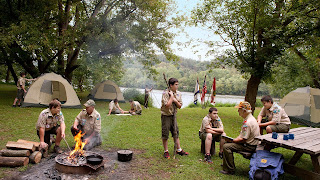 A quick perusal of Order of the Arrow related Google images, while hardly scientific, shows only an occasional non-white person. Kind of odd for a society based on Native Americans. When I attended the 2015 National Order of the Arrow conference, all but a small number of the 15,000 attendees and staff were white like me. Given shifting American racial demographics, organizations today need to appeal to more diverse audiences to remain vibrant. How do you do that when one of your core features, camping in this case, tends to lack appeal among many minority groups?

Choose your change
These are just a few of the social changes that have occurred since my youth. As this cultural shift continues, organizations must change to remain relevant. While not completely analogous to nonprofits, much can be learned from the way companies have handled the cultural shift. Some of their various approaches have included:

You might notice that all of these options involve change. The only difference is that uncomfortable change is deliberately chosen under the first three options, while the last approach provides the illusion of stability for a while. Maintaining the status quo is by far the easiest way to go but the results are predictably terrible.

Since both the BSA and the OA are national organizations, the adults who sat in that room with me the other day have little capacity to determine which kinds of change those national organizations will embrace. This frustrates local leaders, but demanding that members achieve the results of yore by doing more of what was successful in yesteryear's culture isn't going to make it happen. 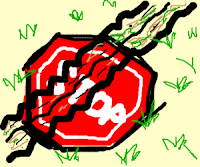 This doesn't mean that today's Scouters are powerless to effect positive change. Instead of expecting the impossible to happen, they could undertake a SWOT analysis to explore strengths, weaknesses, opportunities, and threats. This would entail acceptance of the ongoing cultural shift. It would involve asking what we are going to do now instead of ignoring the shift or pretending that a handful of old Scouters can stop cultural change in its tracks.

We can't stop the flow of history or meaningfully change the direction of the national organizations. We can't expect to increase success by doing more of what is no longer successful, regardless of how well it once worked. We can consider which approaches are likely to bring the best bang for our buck and then focus our efforts in that direction.

I am convinced that the Boy Scouts and the Order of the Arrow can be vibrant, successful organizations even as the culture changes. But I also believe that success may look quite different than it did back in the day.

That might be a hard pill to swallow for an organization that prides itself on deep traditions. It might even require some longtime leaders to step aside so that the organization they love can be saved. So what is it going to be: pretend that we can recapture the past or give up some cherished traditions to boldly walk the uncharted path into the future? 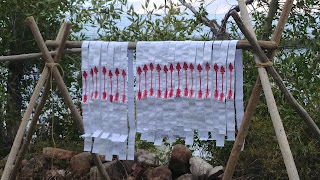