My Son the Dreamer

My son Ben became interested in lucid dreaming when he was in high school. In fact, he and his friends tried to form a lucid dreaming club at school. They had more than 150 interested students and a willing adviser. But the administration turned them down, giving some kind of vague excuse that made it sound like they thought that it was some kind of occult practice.

During his first year at university Ben finally began codifying that story into written words, completing the first draft of a 366-page novel just a couple of days before leaving to serve as a missionary for The Church of Jesus Christ of Latter-day Saints for two years. Upon his return, Ben completed second and final drafts of the book and then self published The Oneironauts: Schools of Thought. 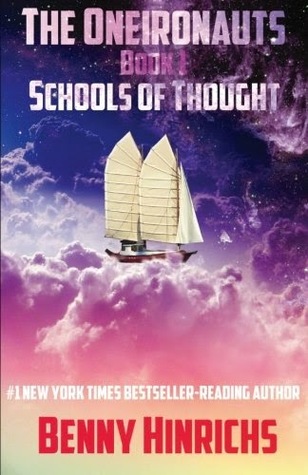 My wife and I had been among those that read and commented on the work as Ben was rolling it out. Unfortunately for us, the book is truly the first part in a two-book series. So the ending left us hungering for the sequel, which we knew Ben couldn't begin writing until he returned from his mission.

Ben worked on the second book during this past school year. He wrapped up the final draft and published The Oneironauts: These Apparitions just a few days ago (also available in Kindle edition). So now that story is complete and Ben is a dozen chapters into a completely unrelated epic fantasy novel called The Stonelayer. 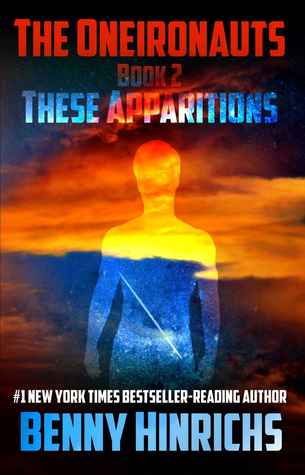 In the two Oneironauts novels Ben takes readers on a series of exciting adventures both in the waking world and on the dream plane, where shared dreams turn out to have greater consequences than the lead character had imagined. I'll put in a shameless plug for my son and tell you that you should definitely read his books. You might also enjoy checking out his Eulogy of Sanity blog.

Ben's fantasies have kept me thinking about lucid dreaming — the ability to control your dreams while in the dream state — for a number of years now. Although I haven't made the kind of conscious efforts that others have, I have experienced lucid dreaming on rare occasions. I have had far more occasions where I have become aware of my dream state without being able to control it. But the vast majority of the time I an either unaware of my dream state or I recall nothing about my dreams upon awakening.

Last night I had a dream that was quite vivid. I was at some kind of Scouting event, something that is quite common for me. There was a young man with special needs in attendance. As he tried to recite the Scout Law, he rushed through the first part and then he got stuck. He said, "A Scout is trustworthy, loyal, helpful, friendly..." and then he paused, obviously searching for what to say next. A smile then came to his lips. He confidently and quite innocently finished, "and casually flatulent." In the dream I was trying to courteously maintain my composure when I wanted to roll on the floor laughing. And then I awoke and realized it was just a dream. A very funny dream. But just a dream. However, I could easily imagine something like that happening in real life.

Dreams can be nightmarish or enjoyable. My son Ben is quite far along in his studies to become a nuclear engineer. But his true dream is to become a bona fide career fantasy author. He knows the odds are stacked against him on that score. Hence, his physics and engineering studies. But he continues to work at the authoring dream that consumes him.
Posted by Scott Hinrichs at 7/10/2015 02:21:00 PM