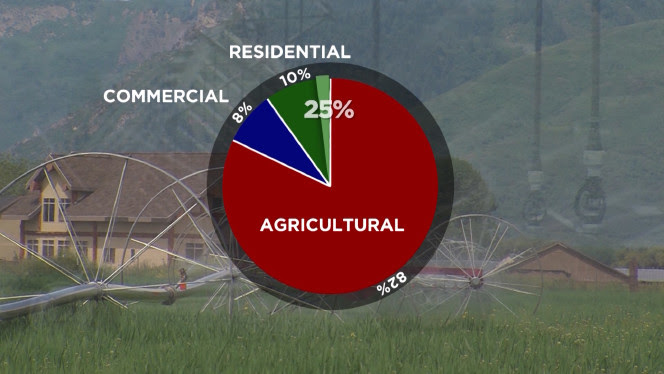 I encourage drought shamers to quit wasting their time hammering away at residential and commercial folks that use a small fraction of the state's water. Put your self righteousness to good use by focusing instead on those that could really save water in Utah.
Posted by Scott Hinrichs at 6/16/2015 01:08:00 PM