Seeing the Temple Through My Little Boy Eyes

I recently attended a conference where several senior leaders of The Church of Jesus Christ of Latter-Day Saints spoke. Each talk was good. But the talk given by Bishop Gérald Caussé especially appealed to me.

Growing up in the south of France, Brother Caussé's family made an annual trip to the Bern Switzerland Temple. It was a tedious two-day drive each way, but his family cherished the week they spent at the temple each summer.

After marrying, Brother Caussé and his wife lived in Paris around the time that the Frankfurt Germany Temple was dedicated. They were then able to make trips to the temple in a few hours. The family enjoyed the overnight trips the local congregation often made to the temple.

Two years ago when he was called to the Presiding Bishopric, Bishop Caussé and his family moved into a home that is very close to the Draper Utah Temple. The temple is prominently visible from the living room window, a view he very much loves. Bishop Caussé caught my attention when he said, "I never want to lose the ability to see the temple through my little boy eyes."

The Presiding Bishopric has responsibility for church facilities, including temples. I can see how dealing with maintenance on the church's 141 temples could make these structures seem like other buildings that have many similar issues and needs. But Bishop Caussé wants to continue to see these buildings with the same kind of reverence and awe with which he saw the temple in Switzerland as a child. Not as something magical, but as something magnificently sacred.

The Ogden Utah Temple holds a special place in my heart. I was a child when the temple was first dedicated. It was in this temple that I was first baptized for the dead, where I had a job as a groundskeeper for a few months before leaving on my mission, where I was endowed, and where I was married and sealed to my eternal companion. The temple was recently rededicated following a major renovation that lasted 3½ years. During the temple's long closure, we attended the Logan, Brigham City, Bountiful, Salt Lake, Jordan River, and Oquirrh Mountain Temples.

It was interesting to watch the conversion of the old Ogden Temple to a new and arguably more beautiful edifice. But going without our nearby temple for several years engendered in us greater appreciation for the structure so that we greatly anticipated its reopening.

A childhood friend acted as the superintendent on the large renovation job. He recently debunked some of the faith promoting stories that have been repeated surrounding the project. He said that some of these stories are "beautiful" but are also "absolutely not true."

The job was fraught with many difficulties, including quarried and finished pillars being held for ransom in China, the dome in the Celestial Room being originally built too small, the oxen for the baptismal font being built too long, hundreds of specialized light fixtures having to be fixed on site by the manufacturer, the need to tear out finished stonework when a plumber inadvertently left a test ball in a pipe, serious water table issues, and scheduling challenges.

There were a number of minor miracles too. But the greatest miracles my friend saw were positive changes in the lives a few people connected with the project.

We are very happy that the Ogden Temple is open once again. Its beauty is fitting for the ordinances and covenants that are eternally bound within the structure. I was definitely looking at the temple through my little boy eyes the night I captured the photo below with my phone. 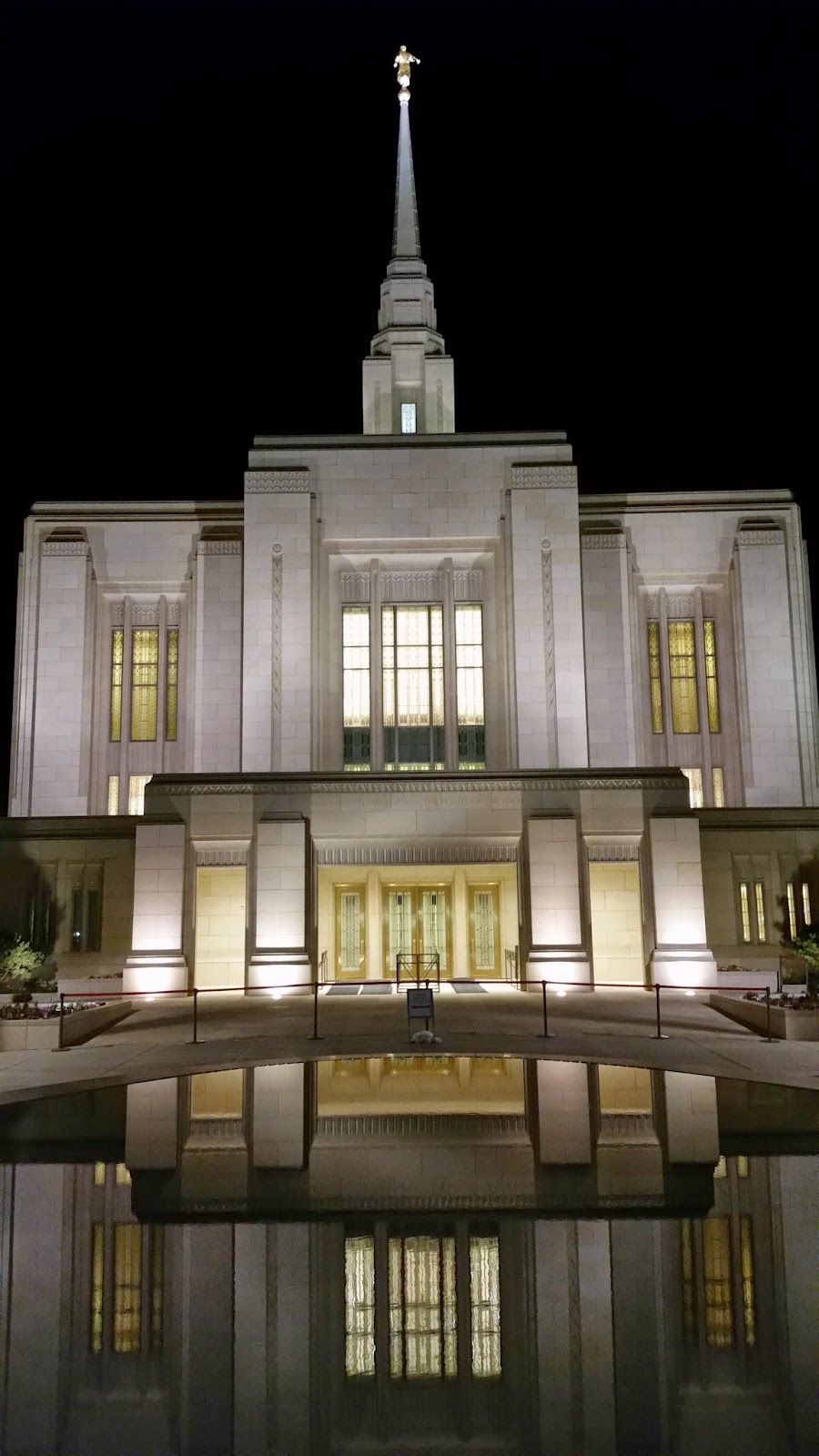