While every member of the LDS Church has been admonished to regularly share the gospel with others, many members dedicate a portion of their life to full-time missionary work. (It's usually 18 months for young women and older couples; two years for young men.) 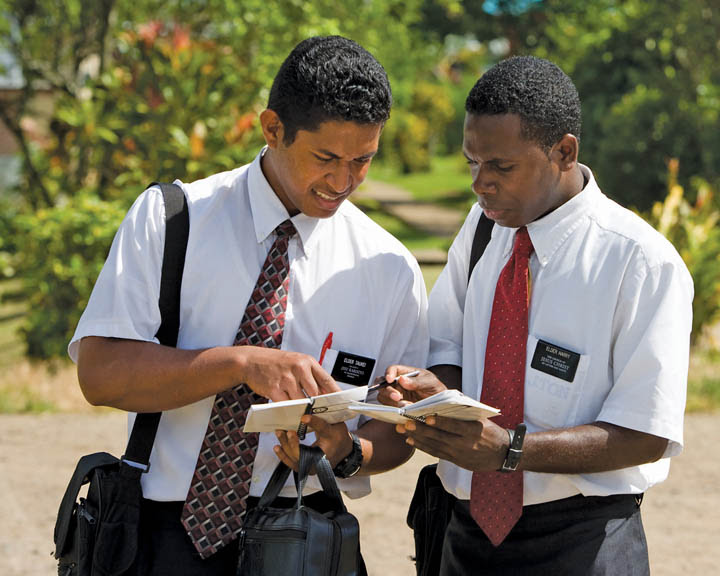 While successful missionary work for rank-and-file members is worthy of its own post, this post is aimed at full-time missionaries. What makes me qualified to comment on this topic? Well, I served two years as a full-time missionary for the church in Norway (the land of the chosen frozen) some years ago. I currently have a son on a mission. And I just finished reading this article by Jason Wright.

To be quite honest, I have struggled with whether I was very successful as a missionary or not. I served faithfully. But I wasn't immune to slacking a bit when I should have been street contacting.

I've never been much good at sales and its attendant skills. It was one thing to ring people's doorbells day after day, only to be turned away 99 out of 100 times. But I just hated accosting people on the street and talking to them about my religion.

I didn't mind being at a display where others initiated the conversation, even when they were simply there to argue. But initiating the contact without the kinds of safety barriers offered by doors or pavilions discombobulated me. I'm still that way when it comes to anything; even things that I feel strongly about.

If you measure missionary success by baptisms, I was not a successful missionary. But I suspect that the Lord measures success differently. This has repeatedly been impressed upon me as from afar I have watched my missionary son go through many of the same kinds of experiences I had back in the day.

So, what does Wright tell us are the keys to successful missionary work? Four of his eleven tips involve obedience. This might seem obsessive, but Wright says, "Obedience is the only frequency that the Spirit operates in." One cynical commenter says, "We are a church, not a corporation." I note, however, that Pres. Monson's premier speech at April general conference focused on obedience.

Wright claims, "You are unlikely to meet returned missionaries who were obedient but still regret their missions. But you will certainly encounter others who were never consistently obedient and never found the promised success and happiness." Anecdotally I'd say this seems right, but I don't know what a real study would find.

Wright's other tips include avoiding being judgmental, serving your companions, giving praise, loving others, exercising faith, loving your mission, and being yourself. One commenter adds that the willingness to work hard is indispensable. 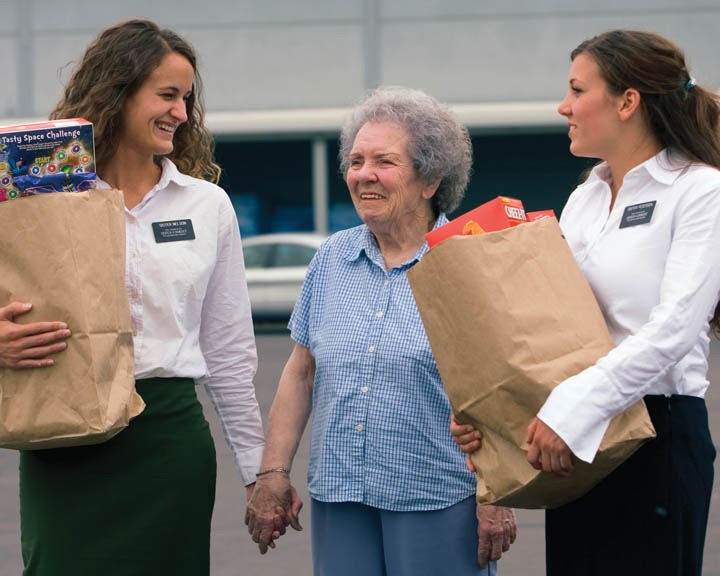 My score on these points as a missionary is a mixed bag. I did great at some and less so at others. I was likely so enamored over my callings to serve in various leadership positions that I couldn't look far enough outside of my me-box to properly love others as I should have. And let's just say that being judgmental has always been one of my stronger traits. (One that I have tried to tame.)

I particularly appreciate Wright's admonition to be yourself. Over my young life I had developed a mental image of what a good missionary was like. At the outset of my mission I tried very hard to follow every rule. I was very much a letter-of-the-law kind of guy. And I knew how to work hard.

In the MTC I became a Norwegian-learning, discussion-learning machine. (Yeah, we memorized the lessons back then.) In fact, some of my fellow missionaries as well as our instructors wondered if I was a machine and questioned whether I had any personality at all.

I continued trying to be the perfect missionary during my first month in Norway. Then I got a new companion. After a couple of weeks he sat me down and told me to lighten up. I still remember him saying, "Elder, God blessed you with a personality. You're not supposed to hide it under a bushel; you're supposed to let it out and use it to do his work. You've got to quit being a cardboard cutout of a missionary and show your gratitude to God by openly using the gifts he has given you."

A couple of weeks later, one of our investigators turned to my companion and asked, "What have you done to him? He used to be so stiff and now he's wonderful." I learned that reverence has its appropriate place and that excess rigidity stifles the Spirit. You don't have to have a long face to be spiritual.

No, I don't regret my mission at all. It was a magnificent experience that brought extremely valuable learning and experiences that could have come in no other way. I was far from the perfect missionary, but then again, who isn't?

Wright's list of missionary tips isn't exhaustive. And some points certainly seem more valuable than others. But you won't go wrong by following his advice.